Currently, most of us #stayathome. We would like to make sure that you do not get bored – so we looked through our OCEAN archives and found films and additional material from the last Int. OCEAN FILM TOUR Volumes for you to pass the time at home, for example about the French filmmaker Julie Gautier (Int. OCEAN FILM TOUR Vol. 6).

Julie Gautier: „I AM A HUNTER, IF I DON’T HUNT FISH, I HUNT IMAGES.“

Julie Gautier is originally from Reunion Island. This is where, alongside her spear fisherman father and dancer mother, she developed her sense of graceful underwater performance. She started creating artistic underwater videos that bring a new look on the marine world with her partner, Guillaume Néry (the freediving world champion). Their strength comes from using freediving to work on each side of the camera. Being completely self taught, she draws inspiration from dance, comics and cinema.

Julie Gautier was part of the International OCEAN FILM TOUR Volume 6 with a portray ("Julie") about her life and work. Here you will find an interview with her as well as additional films by and with the artist.

Julie, you are a filmmaker. What was it like to be in front of the camera while filming with the International OCEAN FILM TOUR?

It was the first time for me to have a documentary totally made about me and my work. Being in front of the camera is way more relaxing than being a director. You have a lot less responsibilities, you don’t have to make any decisions. On top of that Stephanie Brockhaus, the director and Julia Daschner, the camerawoman, were very kind and I loved the way they worked. They never ask me to re-do a scene or an interview. All they filmed was live and real.


What was the most challenging part of the filming process?

It is very difficult to be true in front of a camera, not to fake what you really are. Because you want to show the best of you. Expressing my feeling, my thoughts my personalities was the most challenging for me because I am quite shy and a little bit wild.


You encountered giant whales while freediving. Can you describe what goes through your mind in those moments?

When you dive with a whale you understand how small we are. They are so graceful, so pure. How come us human, so insignificant animals, we can do so much damage to everything around us, including ourselves. Most people cry when they encounter a whale for the first time because it is like a mirror showing, what a being of this planet should be like.

You grew up on La Réunion. How did the ocean influence your childhood and adolescence?

Réunion is a very small island surrounded by water. Of course I grew up going to the beach but on top of that my father taught me to spearfish when I was 11 years old. More than a hobby, it’s a heritage and a way of life to me. It has built my relationship to water. I am a hunter, if I don’t hunt fishes, I hunt images.

Can you explain how you came to freediving and how your relationship with it evolved?

Competitive freediving came quite late in my life. I was 18 when I started training, before then, going deep or staying a long time under the water was a useful skill to catch fish but not a goal. When I started competing, that changed of course and I think I kept on doing it because I was talented but not because I enjoyed it. It was only when I started filming and writing stories underwater, that I understood how I could use my freediving skills for this. 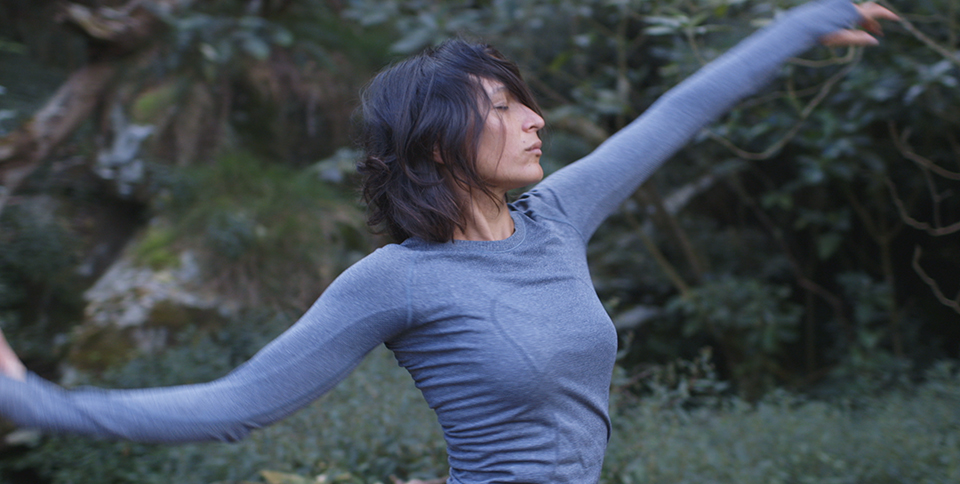 Fusing dance and freediving – what made you think of this?

My father was a spear fisher but my mother is a dance teacher, so these two art forms had been part of my life since I was very young. When I started making films, I very rapidly understood that combining both worlds would make a fantastic result. It took me a long time to find the good approach to it, because I wasn’t willing to do only movement underwater. I wanted to give sense to these movements, to tell a real story, something strong and authentic.

Also, from 2006 to 2010 I worked as an underwater model for the immense artist Gregory Colbert. He made me dance underwater with the most beautiful and endangered underwater animals of the planet. But it was mostly improvisations movements in mid-water or still positions. From that experience I build up my dream to create a real choreography underwater but not only floating, I wanted to use the floor as a base like in real dance.

What is the most important lesson you learned underwater or from the ocean in general?

When you dive deep if you fight again the pressure you will never win. The key of succeed and/or enjoy a dive is to dissolve into the ocean, to be part of it. Flexibility, acceptation, focus are your only weapons. I realized it’s the same in life: When you are facing fear or pain struggling is useless, the only way to overcome it is to embrace it.

We are seeing enormous changes in the environment, also in the oceans. How has your experience of the oceans changed over time?

I grew up in La Réunion Island and I also spent 4 years in Mayotte, a small island in the Indian Ocean with the second biggest lagoon in the world. I saw amazing coral reefs, schools of fish, whales, manatees. We thought that would last forever but I returned 10 years later and the corals had bleached and the variety of small fish had disappeared. I thought my children would never see as much beauty as I saw but finally the corals recovered and some of the fish came back. I saw many different seas and oceans since then and although I saw some really damaged areas we still have some beautiful places to save and protect. If we keep these oases alive their seeds will spread throughout the world.

Do you scuba-dive as well?

I did some scuba, maybe 3 or 4 times but that’s it. I like the freedom of freediving. Scuba diving is way too complicated for me. (laughs)

Is there a diving spot you haven’t been to and you’d like to see?

I dream of diving in the Amazon with the pink dolphins since I am very little.

This interview was made by the editors of the International OCEAN FILM TOUR.

Questions? Just drop us a line

The International OCEAN FILM TOUR is a production of